When people want to change themselves, their habits, their lifestyles, the approach they usually take is to moderate or attenuate existing behaviour. We take what we are already doing, gently change it in the way that seems the least disruptive and painful and hope that over time we will gradually reach our desired state. We might see that we are physically unfit, and start trying to walk more instead of driving. Or we might realise that we drink too much and decide to try cut down the amount of alcohol we consume.

This approach sounds pretty sensible. It's easy to assume that the smaller a change is, then the easier it is to accomplish. There is a language of 'weaning ourselves off of things', 'cutting back on treats', 'trying to get a bit more exercise'.

The problem with this style of moderation though, is that it lacks strong boundaries on behaviour. Any approach designed to be 'easy' will tend to privilege existing behaviours. Think of a weight conscious person. Most people trying to lose weight will 'cut back' on certain foods. But many diet plans contain 'cheat nights'; the diet is survivable only because we know we will be able to eat what we really want at the end of the week. Alternatively, we start treating our previous behaviour as a reward for any successes.

If we try to moderate existing behaviour then we are really telling ourselves that whatever our previous default behaviour was, it remains just that - the default. It is the baseline we operate from, which we would happily slip back into. We are acting in a way that implies we will return to this behaviour in time.

Approaching behaviour change like this has never worked for me. I find it incredibly hard to do something in moderation which I am accustomed to doing ad libitum.

Instead, what has worked for me, and what I am proposing you should try - is to become extremely obsessive about whatever it is you want to do. If you want to start doing something. Do it all the time. If you don't want to do something, then never do it again.

So why does this work better? If we compare 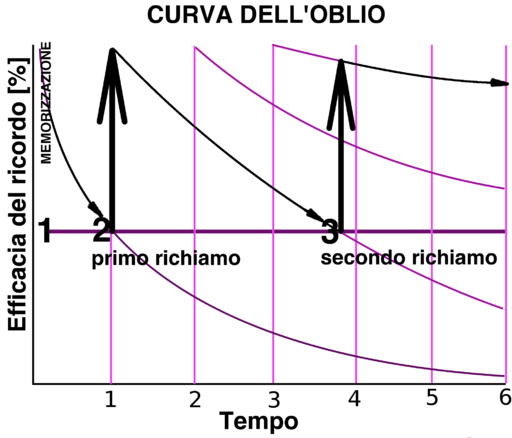 This was the only creative commons licensed version of this diagram I could find. Sorry

So what are some examples of how you might apply this?

If you want to stop doing something, let's say eating pizza, then don't at the end of a long work week celebrate your temporary freedom by eating a big celebratory pizza. And then simply never eat pizza again.

There are some downsides to this approach. People will think you are weird. Because you are. Worse though, a lot of people will try and convince you to act normally, even if you explicitly tell them that you are trying to change something about yourself that is important to you. You can often see this in the case of people trying to convince friends who they know are trying not to drink, to start drinking again. Or telling someone who is dieting to not worry, and to just eat whatever boring cake they've made. I don't know why people do this, and I think it's bad.

Also, to moderate my claims somewhat. I think that after you've done something for long enough that it has become your default behaviour then it is actually fine to stop being weird and obsessive about it. You can slip up. For example, I am so used to regular exercise now, that going for a few days without it feels weird. I don't worry about missing a planned workout, because I know it won't be the start of a slippery slope. It is of course very hard to know when you have reached this point for any given behaviour.

There are also simple things you can do to make adopting new behaviours, like painting every day, or playing your musical instrument much easier. The easiest, and most effective thing, is to have your paints, instrument, whatever, set up and ready to go. Everyone says this, and it sounds kind of stupid, but it works.