I've recently been in japan for several weeks. Here's some of the stuff I enjoyed, followed by some random observations.

Kyoto is an amazing city. It's full of tiny streets, which are crammed with really good restaurants. It's also got very futuristic urban areas, cool malls etc. But mostly it's full of shrines and temples. Kyoto is probably the nicest place I saw in Japan.

Walk along the river

There is a wide easy path on both sides of the river that runs through Kyoto. It's a lovely place to walk. You can admire the buildings that crowd the river banks, see an amazing number of Black Kites and Herons up close and personal, and you can even walk accross the river on stepping stones.

Be careful if you try and eat near the river, we lost a pork bun to the talons of a Black Kite.

The Silver Pavillion (AKA Ginkakuji)

This temple has the most beautiful garden I saw in Japan. Well worth it just to walk around the garden and look at the beautiful plants. It's also close to the philosophers path, which you can walk along and visit many other shrines and temples. The temple is definitely better than the path though.

This temple is pretty small, and out of the way. Get a train to Arashiyama station, which will be uncomfortably busy. Then walk up the hill and the crowds will rapidly thin out. In about half an hour you can get to this temple which was full of 1200 statues of a deity, all carved by people who had stayed at the temple. Most of the statues were covered in moss, and they all looked very different. It's nice. 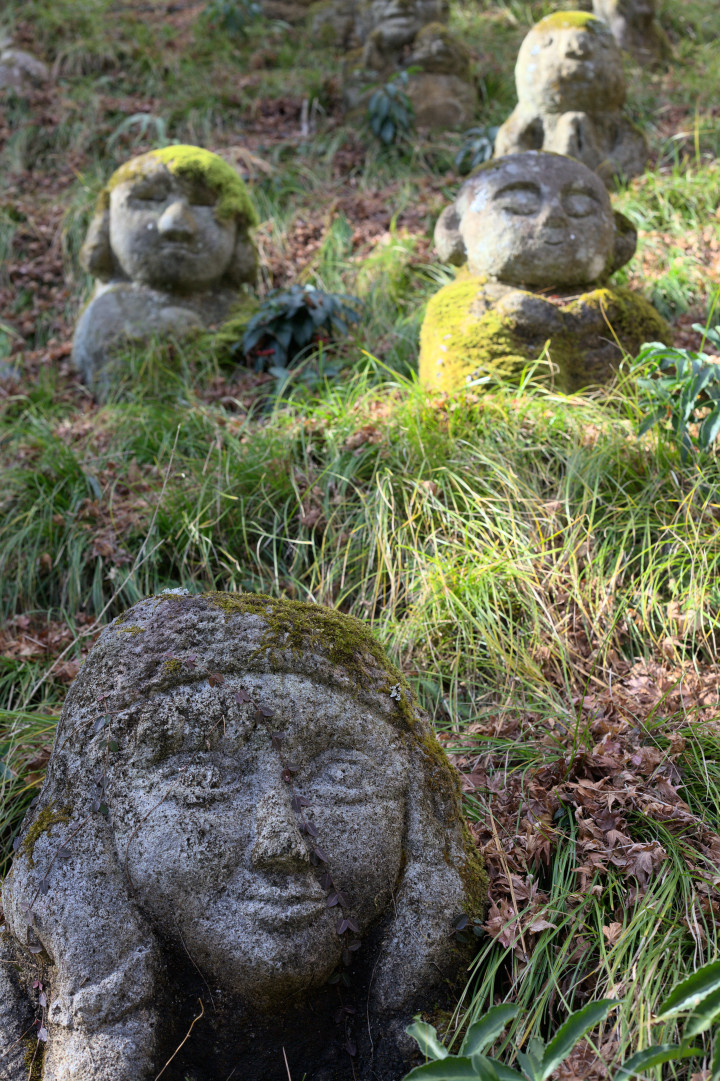 This is top of most tourist lists - it's a complex on a hilltop which is a really magical place. It is also unique amongst religious sites I've visited in that it contains a test of strength. You get to see if you can lift a really heavy piece of metal. You probably can't.

If you keep walking up behind the back of the shrine, you will find another smaller shrine, which is very nice and relaxing. A totally different vibe.

The place with all the red gates. You've seen photos of it. Photos can't get across how astonishingly extensive this network of red gates is though. You go through a temple up and a hill, and then circle an entire mountain. And you are walking through red gates the whole way. It's absolutely mind blowing.

A nice, pretty quiet city. I think it's only worth visiting for a day or two as a tourist. In the summer months I think it might be good to stay longer and use as a base for hiking/biking around the surrounding mountains. But we were here in winter, so I might be wrong.

The big landmark of Matsumoto. Really amazing, and worth going inside. Absolutely impossible for people without good mobility though - because of you need to climb up the several flights of the steepest stairs I've ever seen.

Nara is glorious. It's famous for having a lot of deer, which is an interesting thing to see.

Nara is full of shrines and temples. You should certainly see Todai-ji which is very very large. The nearby Todai-ji Nigatsudo sits on a hillside, and is perhaps more beautiful.

More exciting for me was the 'primeval forest' which is full of shrines and temples (I like shrines and temples). Head towards the park and then just walk around and you'll find fun stuff. Definitely worth seeing is Kasuga-taisha which is one of the greatest Shinto shrines in Japan.

In Nara you should take the trails that are more off the beaten path. Doing so led us to find, next to this mysterious forest police box the most extravagant composting toilet I've ever seen. It was essentially a hole above some dirt, but had a heated seat - and when you flushed a large metal paddle would stir whatever you had deposited into the dirt. Continuing up the hill you can also see a quite spooky semi abandoned shrine.

There are various other paths through the forest, which with more time I would have loved to walk.

Here are some things I noticed whilst in Japan.

Almost everyone you see in Japan is wearing a mask while in public, whether they are inside or outside. I've seen people driving cars by themselves wearing masks. This is in spite of the Japanese government telling people they don't need to wear masks outside.

I don't really know what to make of the situation, because despite being supportive of masks as a Covid prevention measure, I was very keen to stop wearing them. The population of Japan does not seem to share this urge.

A few strange things about the mask wearing

A lot of people cycle on the pavement in Japan, which is perfectly legal. They also cycle weirdly fast, and don't really slow down for pedestrians who appear to be responsible for not getting run over. 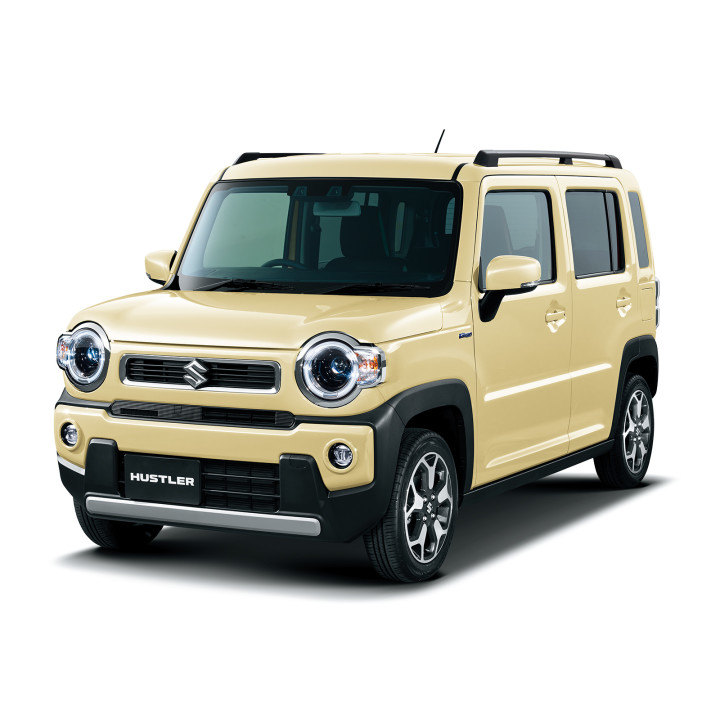 It looks like an SUV, except it's about half my height. I think these tiny cars are really cool, and I wish every other country would adopt them.