For 'software people' who write blogs. The temptation to fiddle with the code underlying blog itself rather than just writing is constant. It's a temptation that I'm not very good at resisting.

When I first built this website, which was during my time at a coding bootcamp, I wrote my own 'microblogging platform'. I setup a Postgres DB, and made a really horrible admin interface where I could write posts. Sadly I don't have a screenshot of said admin interface, but it was just a textbox which I would write markdown into. It would then be saved directly to the database, and I would hope that it would be rendered correctly.

The website was a real piece of a shit, and based on wayback machine, all I wrote about was how I built it.

My next task is to enable the editing and deleting of previous posts.

[...I should] introduce some form of templating engine into the project. I am currently considering either using handlebars, or learning React and using it to render pages on the server.

At some point I replaced that site with a static page that linked to my Github and my bandcamp. I don't remember why, but probably I accidentally deleted the database which definitely was not backed up. 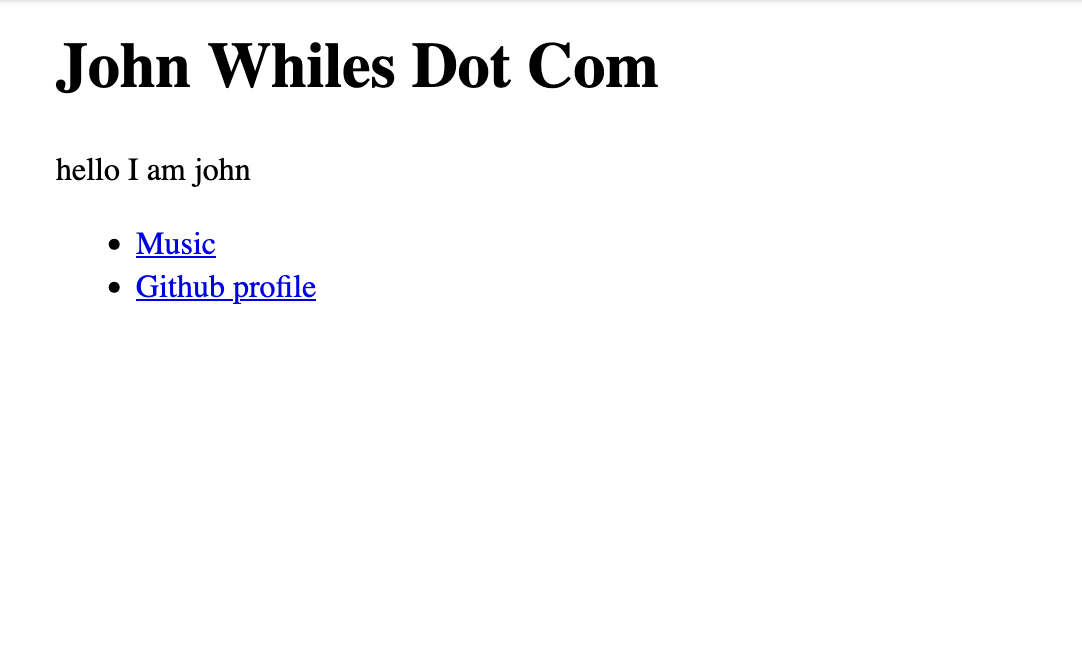 The Elm Days (aka my pink period)

After a few months of having a website with nothing on it, I got a hankering to once more create a blog. I decided to write it in Elm. I also discovered the list-style: armenian CSS rule. It looked like this: 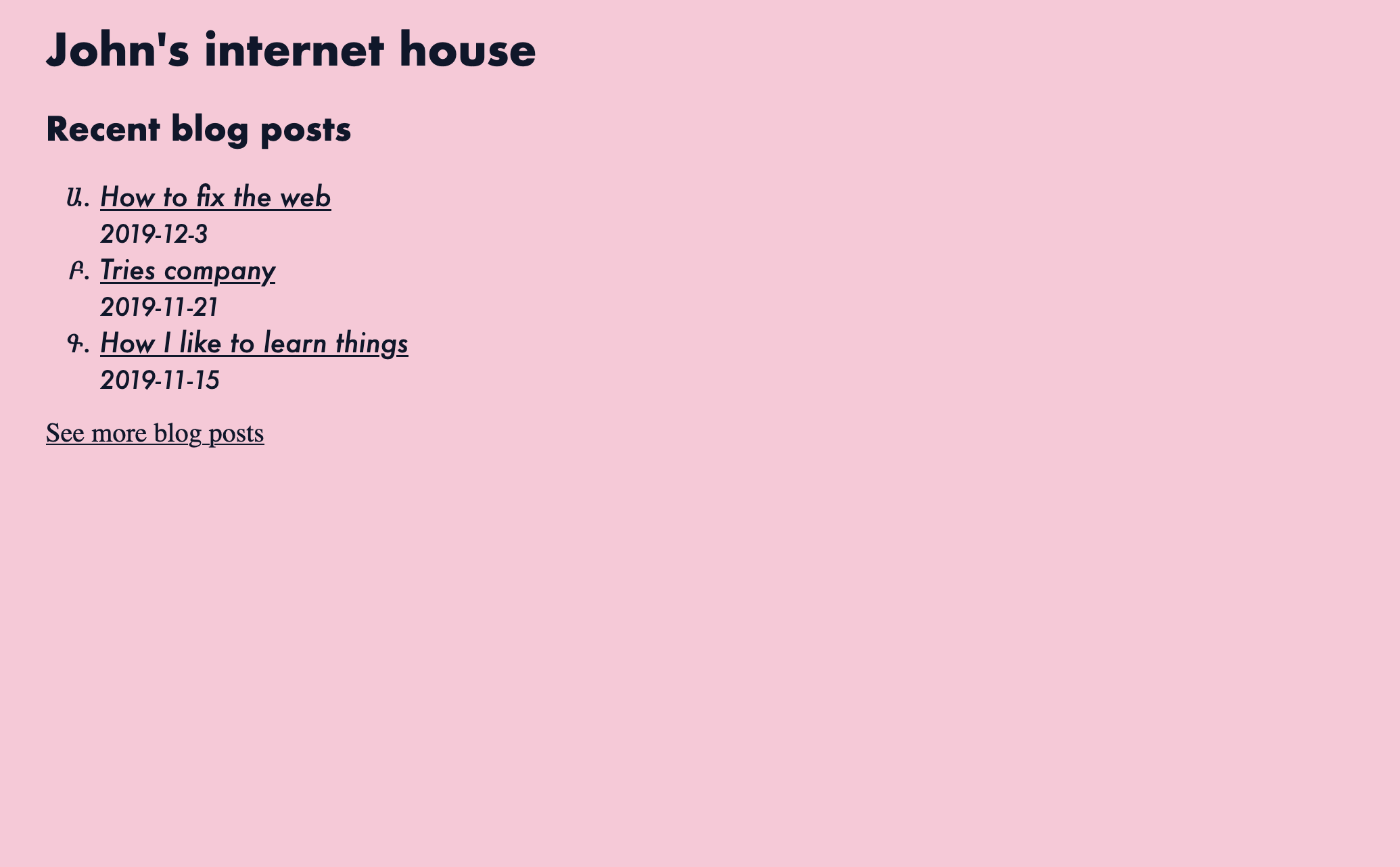 Elm is cool, but totally inappropriate for building what is essentially a static html website. I wanted to store the blog content in the github repo as markdown, and to use this to generate the site. This led to me writing horrible scripts like this which would embed details about my blog posts into the Elm code. This was a bad idea, and every blog post I wrote would require me to re-run the build script multiple times until I got the format of my Markdown files correct.

Then I decided to rebuild the blog again. This time I wisely chose to use an existing static site generator. Instead of choosing a popular and long running project, I found a project called 'Saber' which I think is basically like Gatsby but for Vue instead of React. No one else has ever heard of, or used it. I also didn't know how to use Vue and didn't want most of the features that Saber provided. Nonetheless it basically worked, and with this setup I finally published some writing that people read and enjoyed.

I recently tried to build a comedy crypto comments system that would ask people to pay me to write comments on my blog posts. Sadly Saber's build process scuppered my plans. I was also getting annoyed by the fact that it was in Vue. So I have once again rebuilt the website.

The site is now built in Remix, which is I think pretty good.

I've also moved the markdown that actually makes up the blog outside of my github repo which means that I can write from more places more easily. Hopefully this will lead to more writing. The rewrite is still on going so if anything seems broken please tell me :)